Embracing Cultural Fashion as a Source of Pride

Fashion has always presented a space for creatives to experiment with their ideas, no matter how abstract. The current state of fashion has encouraged even more unorthodox creations and reimaginings. It is easier than ever for designers to find and curate spaces filled with people who will appreciate their apparel. Something that is becoming increasingly popular is the idea of cultural fashion.

The Significance of Cultural Fashion

At some periods of history, some governments and groups have banned certain types of culturally significant clothing – forbidding people to wear it. Often this has been a side effect of imperialization. In those, authorities forced people to adhere to the dominating culture and social standards. The idea of forced assimilation has been around for centuries and there are many examples throughout history. In America, some famous examples of demographics not being able to wear their cultural fashion were residential schools for Native American children and the Tignon Laws in Louisiana.

Residential schools operated roughly from the 17th century to the 20th century. In these schools, professors and responsible used to strip children of anything tying them to their heritage. This included cultural fashion, their mother language, and customs. The idea was to promote the ideas of more Euro-American culture.

As for the Tignon Laws, at one point in time, it was illegal for women of African descent to have their hair uncovered in public. By forcing these women to cover their hair, they were also living a part of their culture aside. In many African cultures, hair plays an integral role in cultural fashion because it can also be a signifier of status.

Even in the 21st century, there are still incidents where people have not been allowed to wear or have been looked down upon for wearing cultural fashion.  Currently, Muslim women are being faced with bans on their head coverings. Not only is this a ban on cultural fashion, but on religious fashion as well.

Despite these hardships, people have still been able to find pride and a source of comfort when wearing their cultural clothing. As the world becomes smaller and smaller through globalization, we have seen the popularization and celebration of clothing with stronger cultural influence. There are several brands and designers that aim to showcase their cultural fashion in a way that the modern world can appreciate without losing its history.

Sabyasachi Mukherjee is a fashion and jewelry designer, retailer, and couturier from India. He creates beautiful garments with his eponymous label, Sabyasachi. Having grown up in India and surrounded by the rich history, his brand encapsulates this cultural fashion.

Another company named after its founder, Busayo Olupona created, Busayo, a company that highlights the beauty of Nigerian fashion. Specifically, they creat the patterns using a traditional Yoruba technique. Olupona draws inspiration from her childhood spent in Nigeria and incorporates those textiles in a Western silhouette.

Hwang Yi-Seul, who sought to revamp the Korean hanbok, developed Leesle. In modern times, hanbok is only for special celebrations. However, Hwang has altered the cut and fabric in order to make it more appropriate for everyday wear.

While it is one thing to uplift and show appreciation for non-dominant cultures, an important issue that arises is cultural appropriation. Cultural appropriation has a negative impact on those belonging to the exploited culture and has several points. It is when one takes aspects from a culture without crediting who/where these inspirations came from. More than that, cultural appropriation commodifies a culture, the history and tradition are stripped away until only a costume remains.

The topic of cultural appropriation has become a trending topic on social media as the cultural fashion of certain groups has been donned by varying public figures. Instances, where the historical context of cultural fashion has been removed, are significantly more visible. For example, at Paris’ Fashion Week models had graced runways wearing head coverings while Muslim women were being denied the right to wear head coverings for religious purposes. Different celebrities have taken Hindu iconography to incorporate into music videos for the aesthetic. The list goes on.

These cases are not here to discourage others from sharing and appreciating other cultures. Actually, it’s quite the opposite. The main lesson that minorities want others to learn, is how to respectfully and appropriately appreciate the beauty within different cultures and their fashion.

Read out article about social & environmental impact of fast fashion!

Circular Economy: Is it a solution? 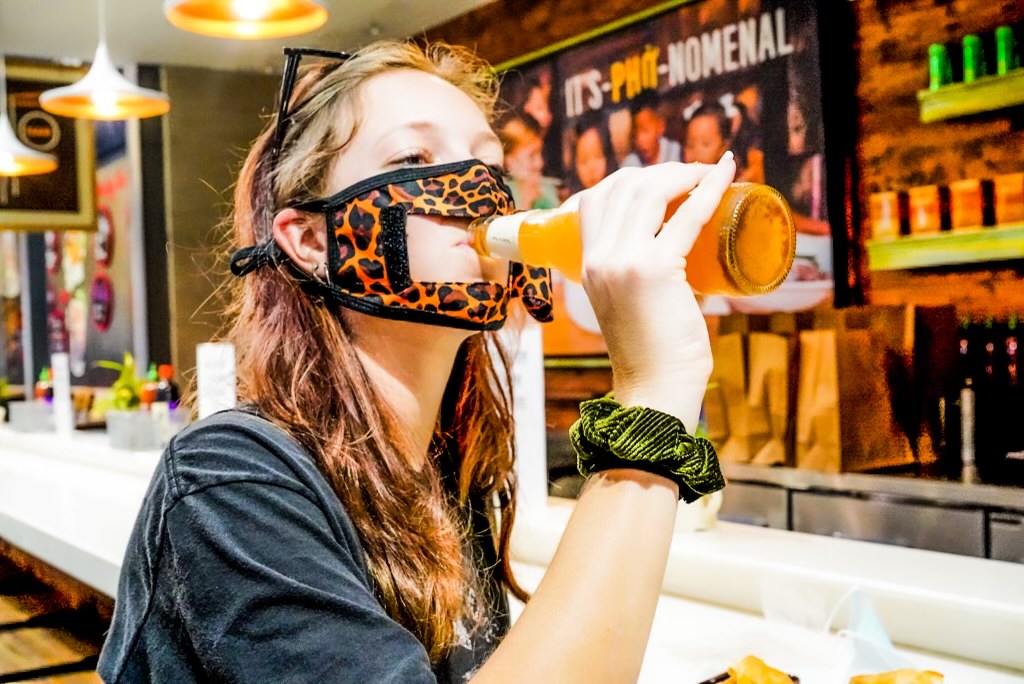 Are there real changes in the fashion industry after the pandemic?

WHY ARE CELEBRITIES’ MAKEUP BRANDS TAKING OVER THE BEAUTY MARKET